Art|Basel is the most important art fair in the world and it was founded by the basel gallerists Bruckner, Hilt and Beyler in 1970. Today it has become a global fair, hosted annually in Basel, Miami and Hong Kong.
Automatico Studio mission was to bring new ideas into the Swiss Campaign. The campaign had to be printed on several formats. The classical swiss format F4 (90×128), the F12 (3 times the F4), the F200 (one of the biggest existing format, like the ones used in France) and the F200 back-light. All the posters were printed with a screen printing technique, half of them with a full automatic printer, and the other half with a semi-automatic one. The white of the typography is also printed in screen printing. With my printers we try to cover the surface with as much ink as possible, to have a physical presence.

The brief was to create something new and fresh for the Swiss campaign during the Art|Basel in Basel 2014. During the creative proposals we went really far from the main corporate guideline, to explore what could be done with the basic elements of the branding. The most difficult part was to deal with two heritages, first the rebranded concept from the global agency Interbrand and second the clever previous visual identity created by graphic design studio Müller+Hess.
In our concept we worked within the new laws of the Interbrand manual, keeping homage to the previous original identity and adding a bit of a personal twist.
The first concepts proposed were really crazy and experimental, but after the first client round we came back to a more wise and safe direction. Minimalism is a way of conceiving the whole, is not just a style. Minimalism needs to be constructed over several laws and through the right sequence. I always prefer to talk about simplicity than minimalism, a term that belong to the art field and is always open to misunderstanding.

Simplicity is connected to «doing more with less», we can find this discipline also in the «super normal» attitude by Morrison and Fukasawa.
The fair has always dealt with a simplified approach. It is also a reflection of the swiss culture, discrete and introverted. Of course when you are reducing the language, every element of your cocking is highly important. The right choice of each elements makes the difference. That explain why a big part of the time was spend with the printer, balancing and finding the right colors.
I think there is a kind of unknown factor to that. The printing techniques was not the starting point, also if I may say that Marc Spiegler, the Art|Basel director, is a big fan of the WROP (water random offset printing) technique we invented.
I personally think that in a era of digital images, the printing production acquire a kind of cool and authentic factor that we are missing among millions of cheap digitally printed material.

I would like to conclude talking over my observations on the relationship between the sign and the message. How can we communicate an art fair avoiding to become an artist yourself? What is the right way to show you are an art fair and not a gallery? I think the great (but difficult) idea can be sum up by not making an artistical production but going into an abstraction. In a global arena in which you need to stand out, the simplified minimalistic image is rare and, due to that, we may say it acquire an extra special value. 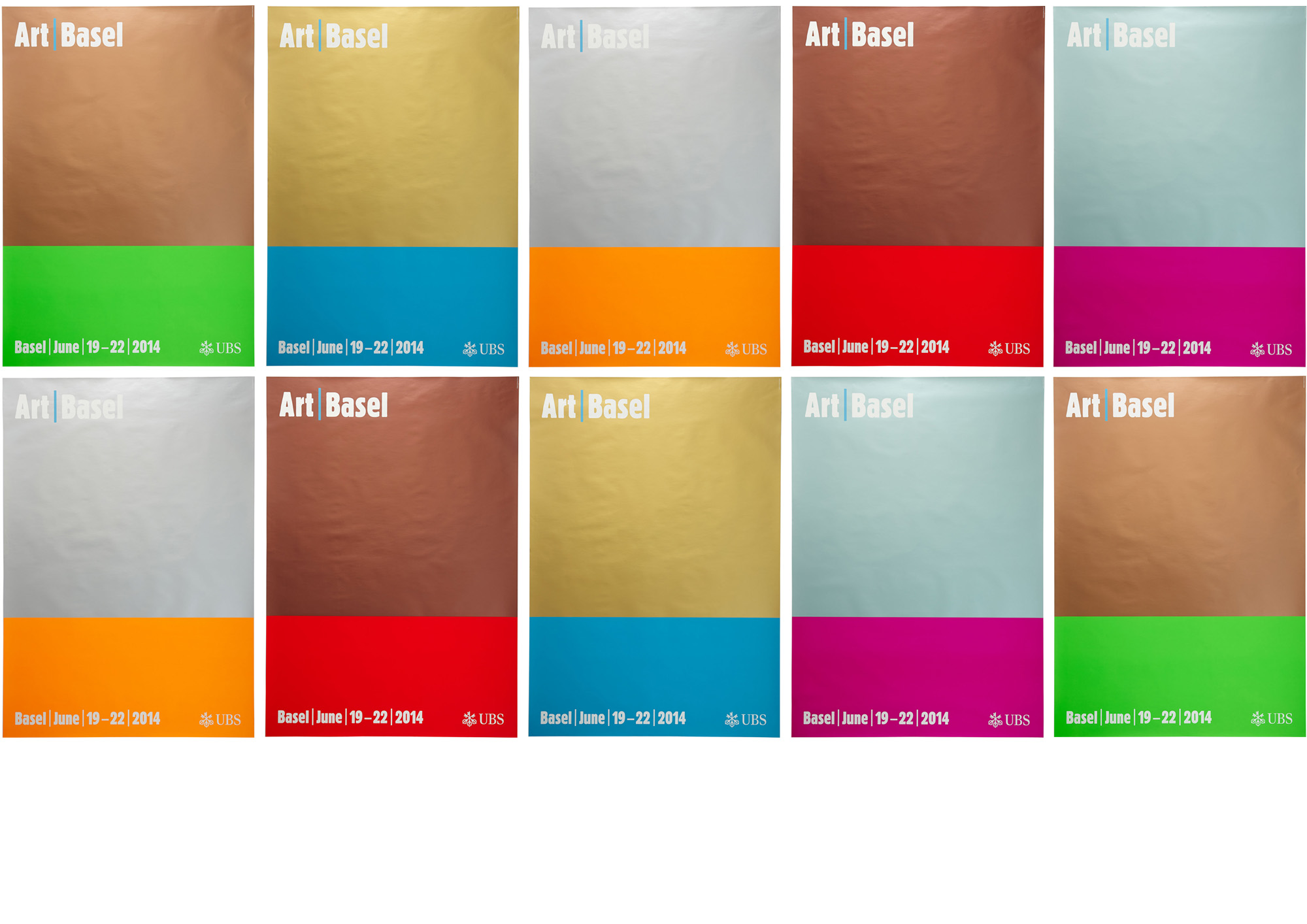 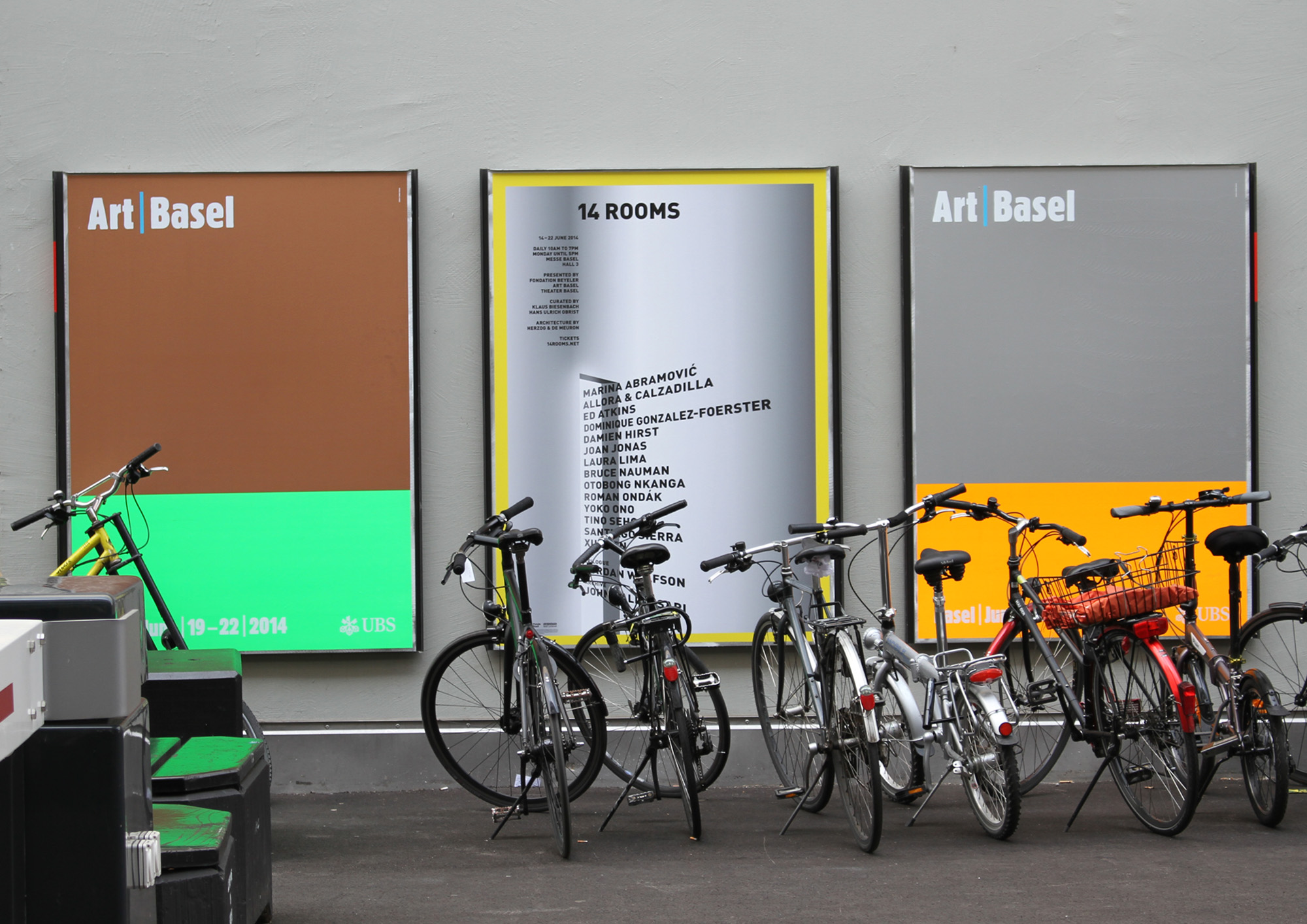 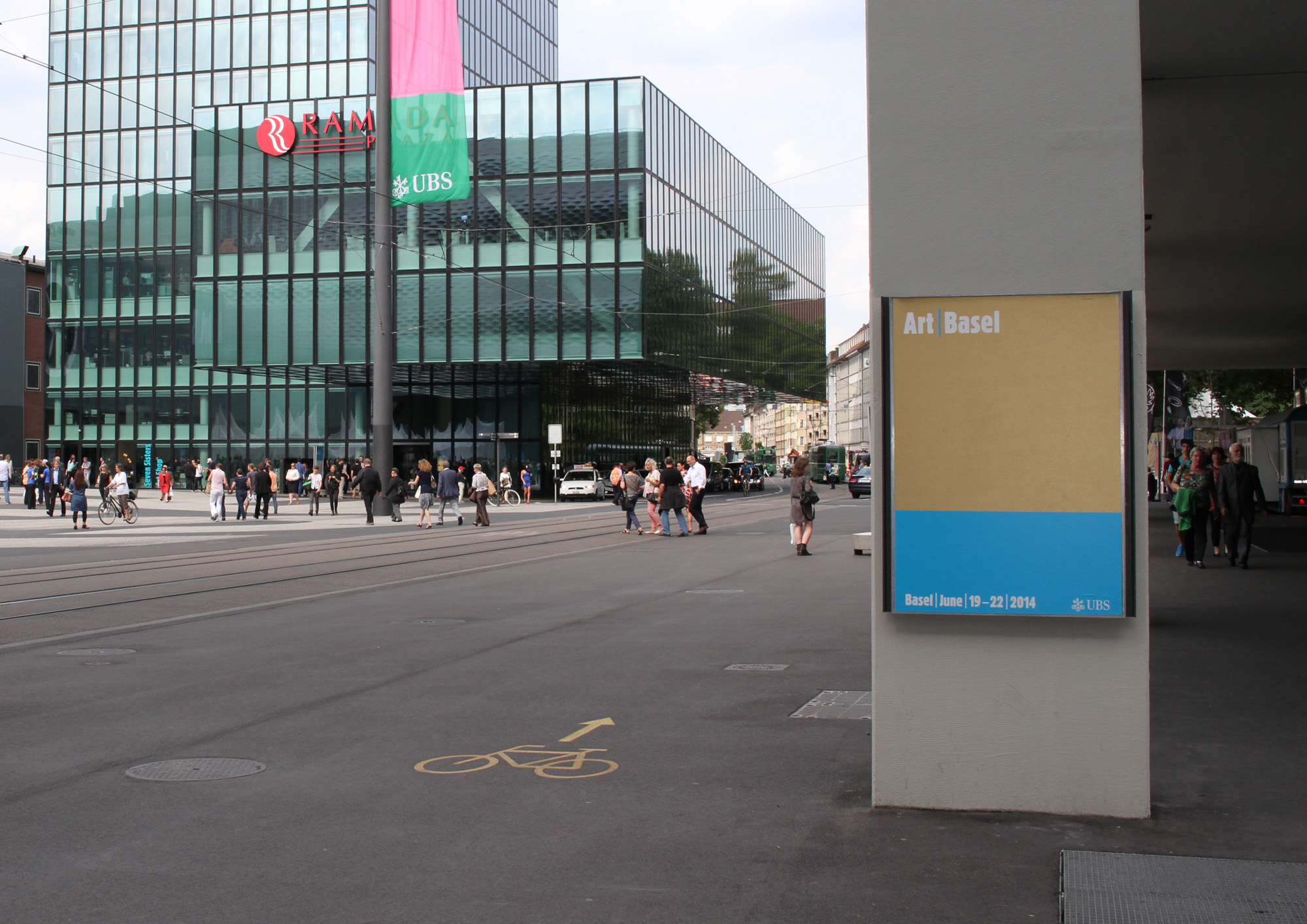 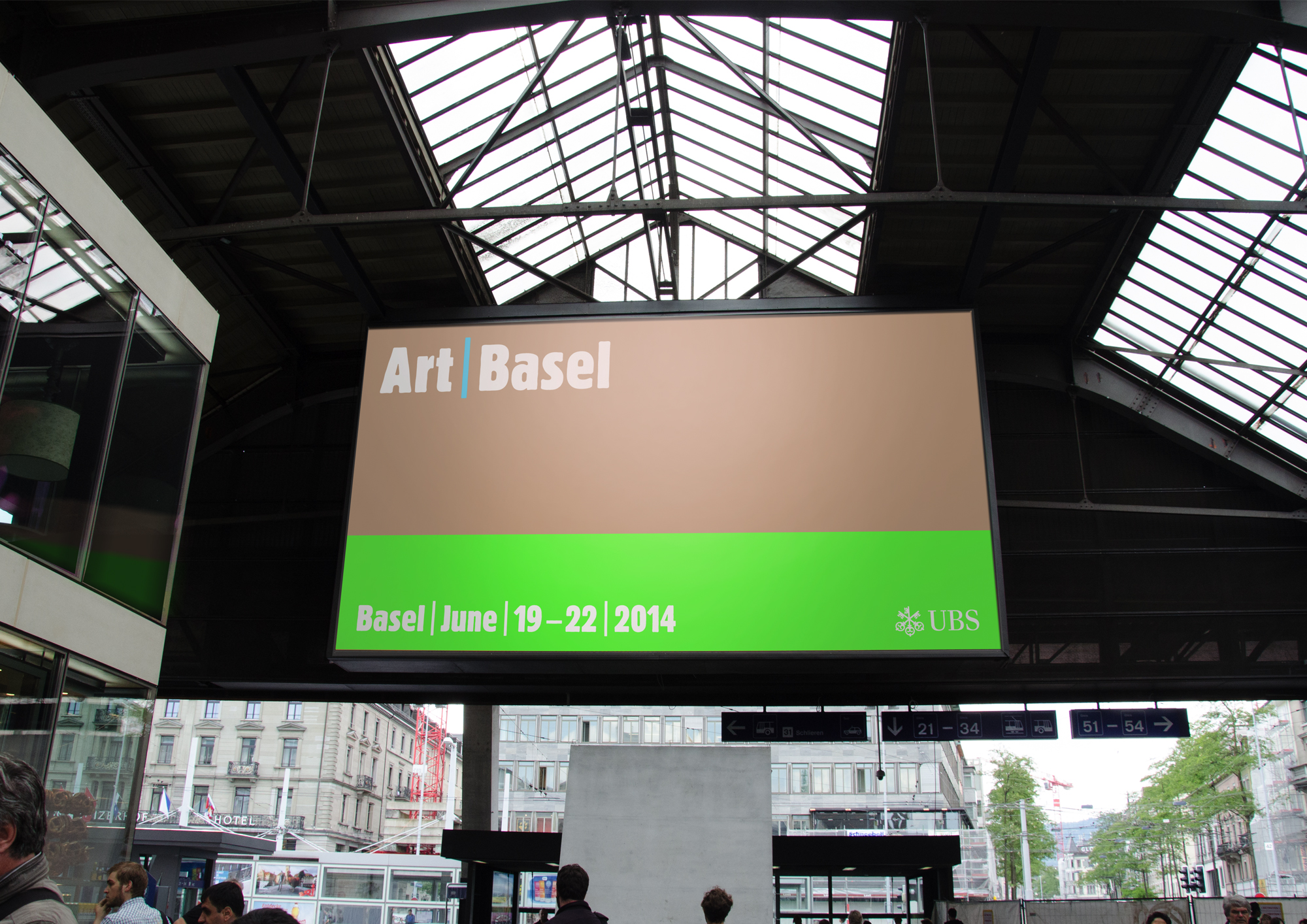 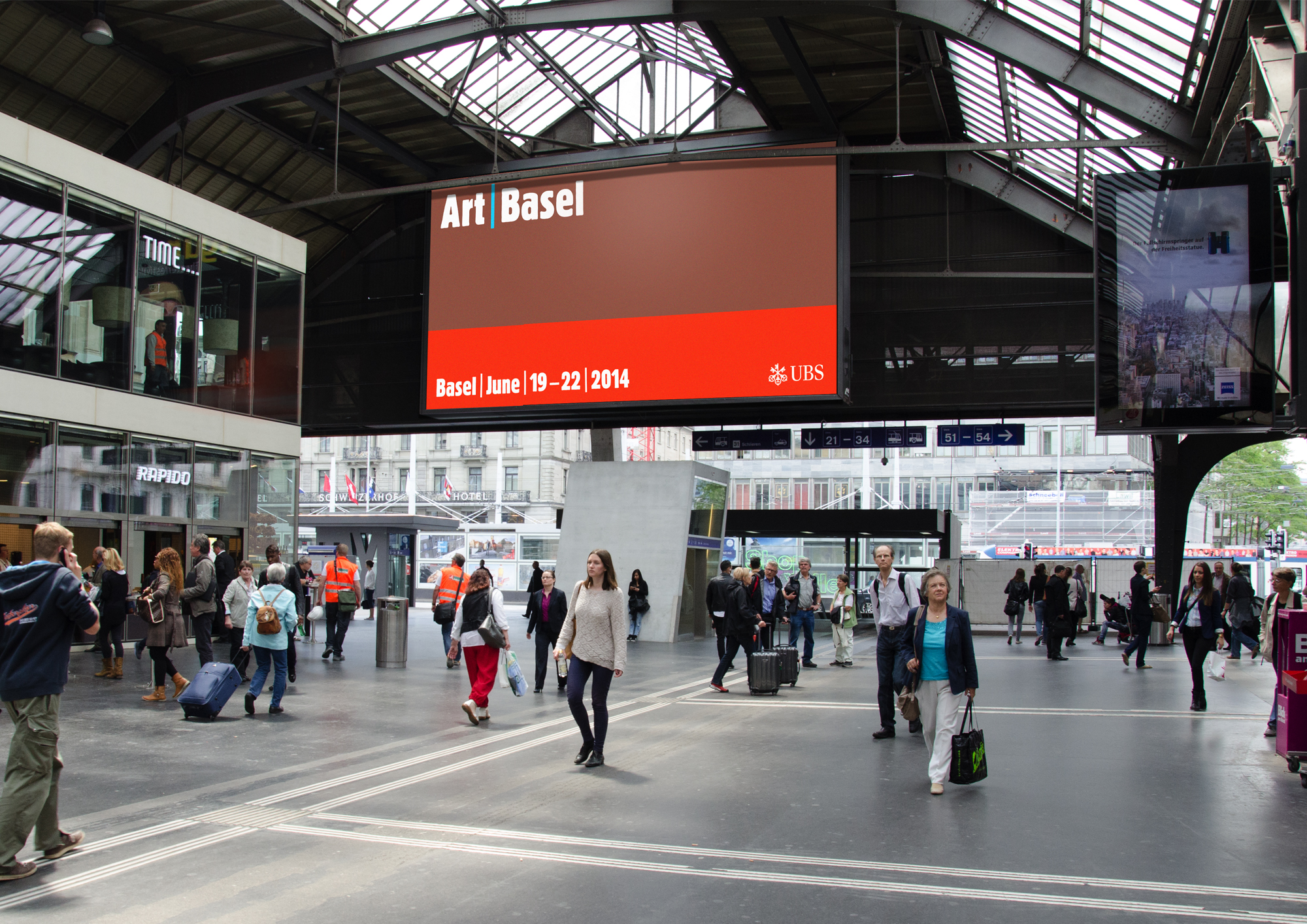 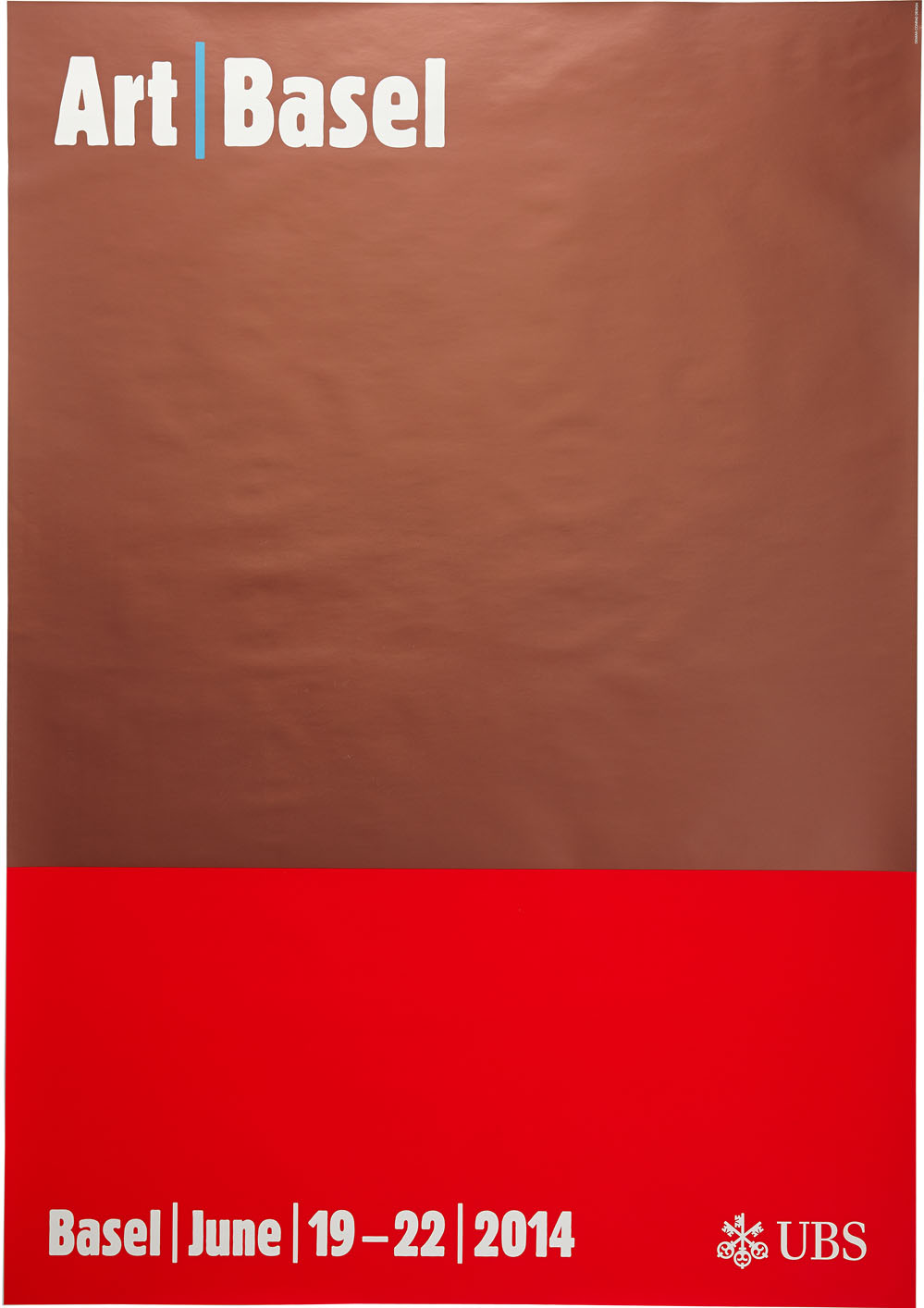 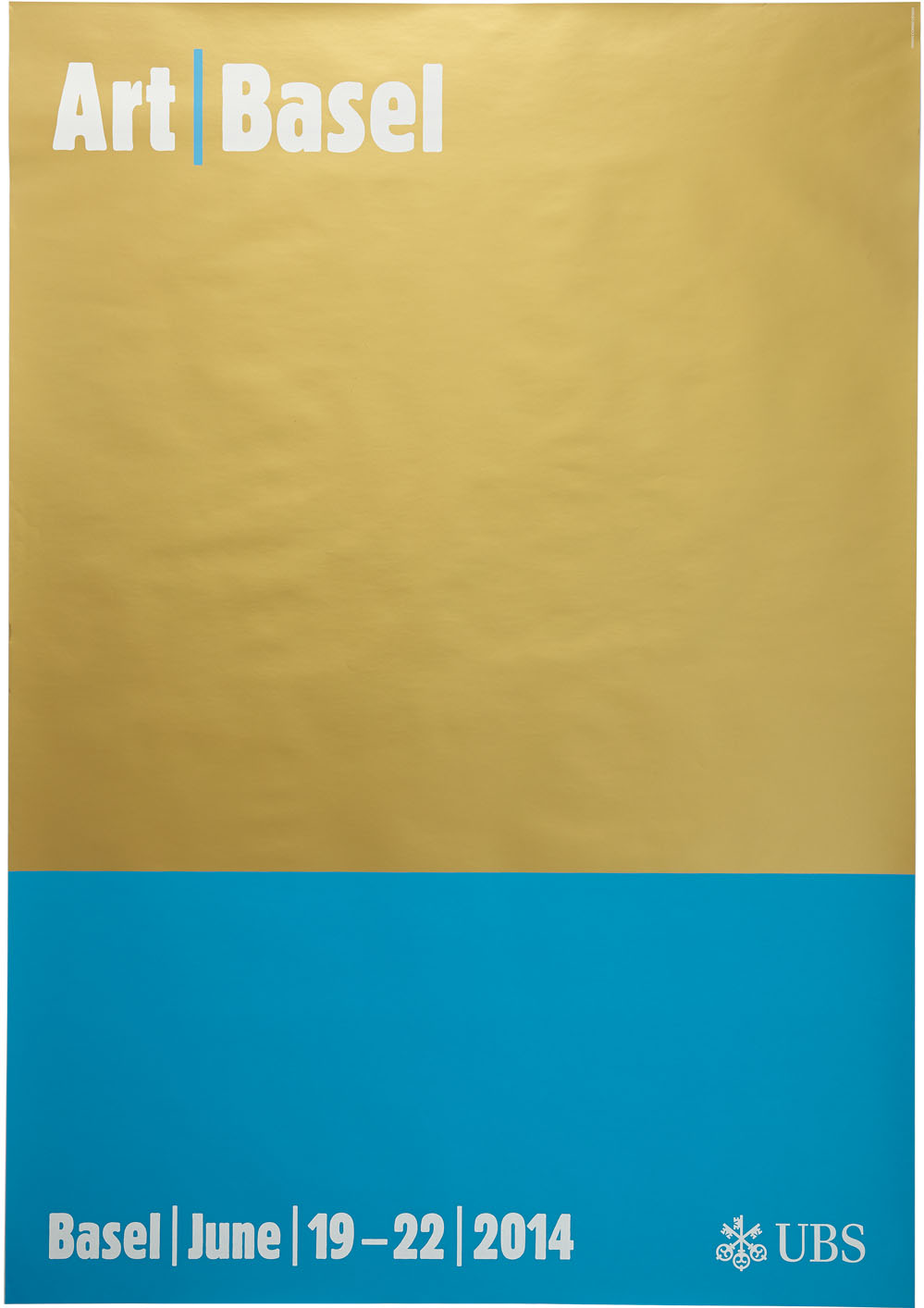 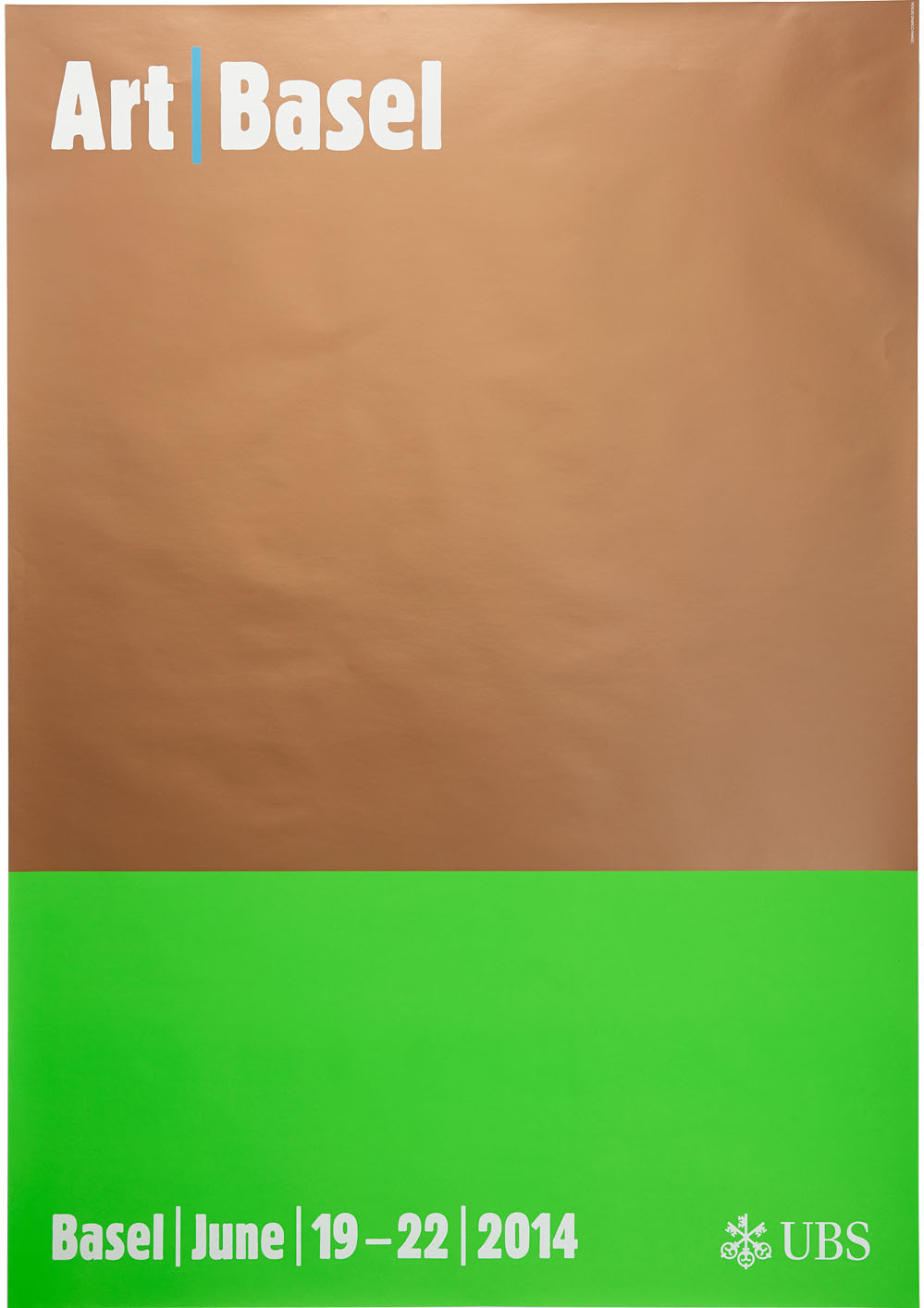 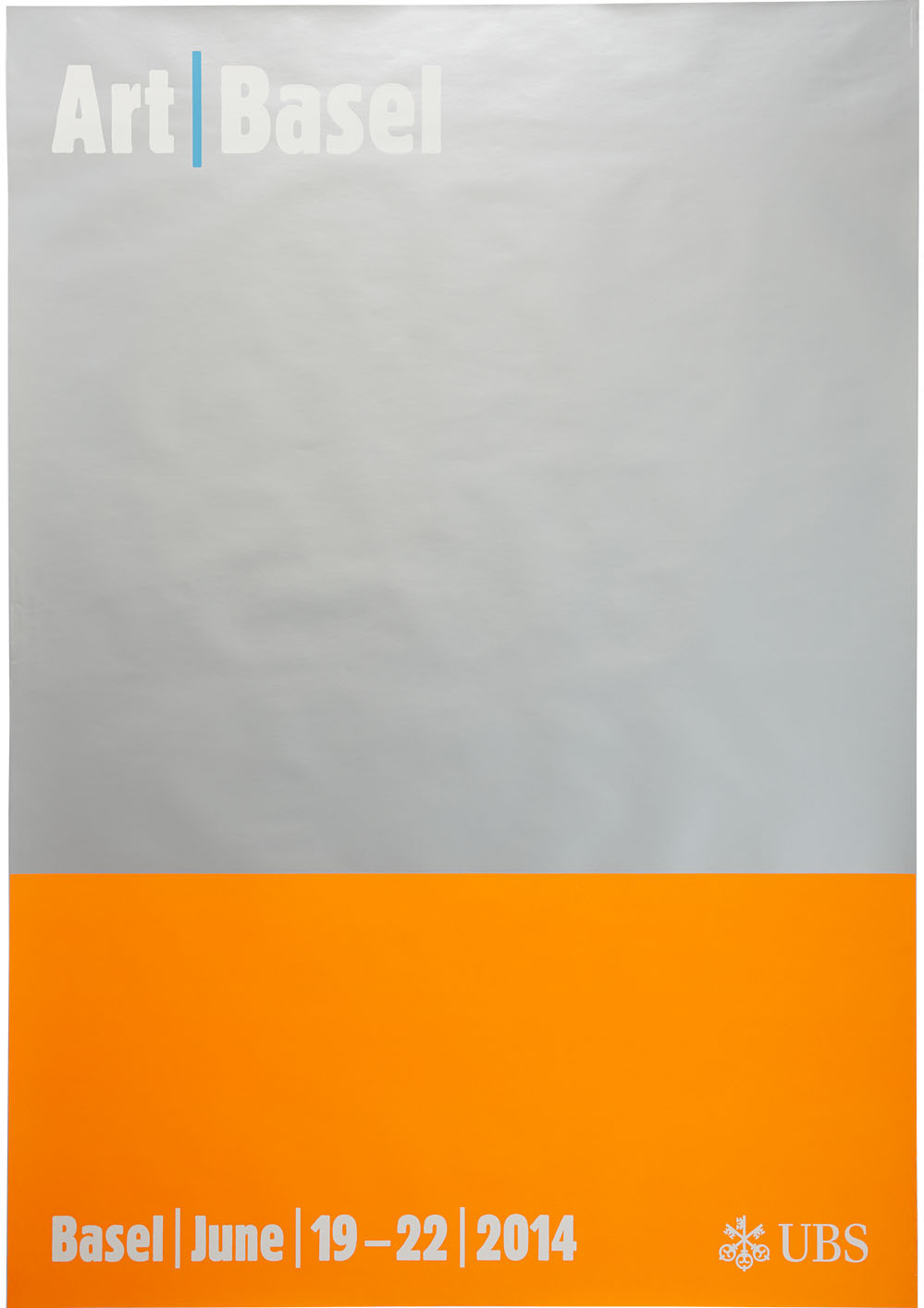 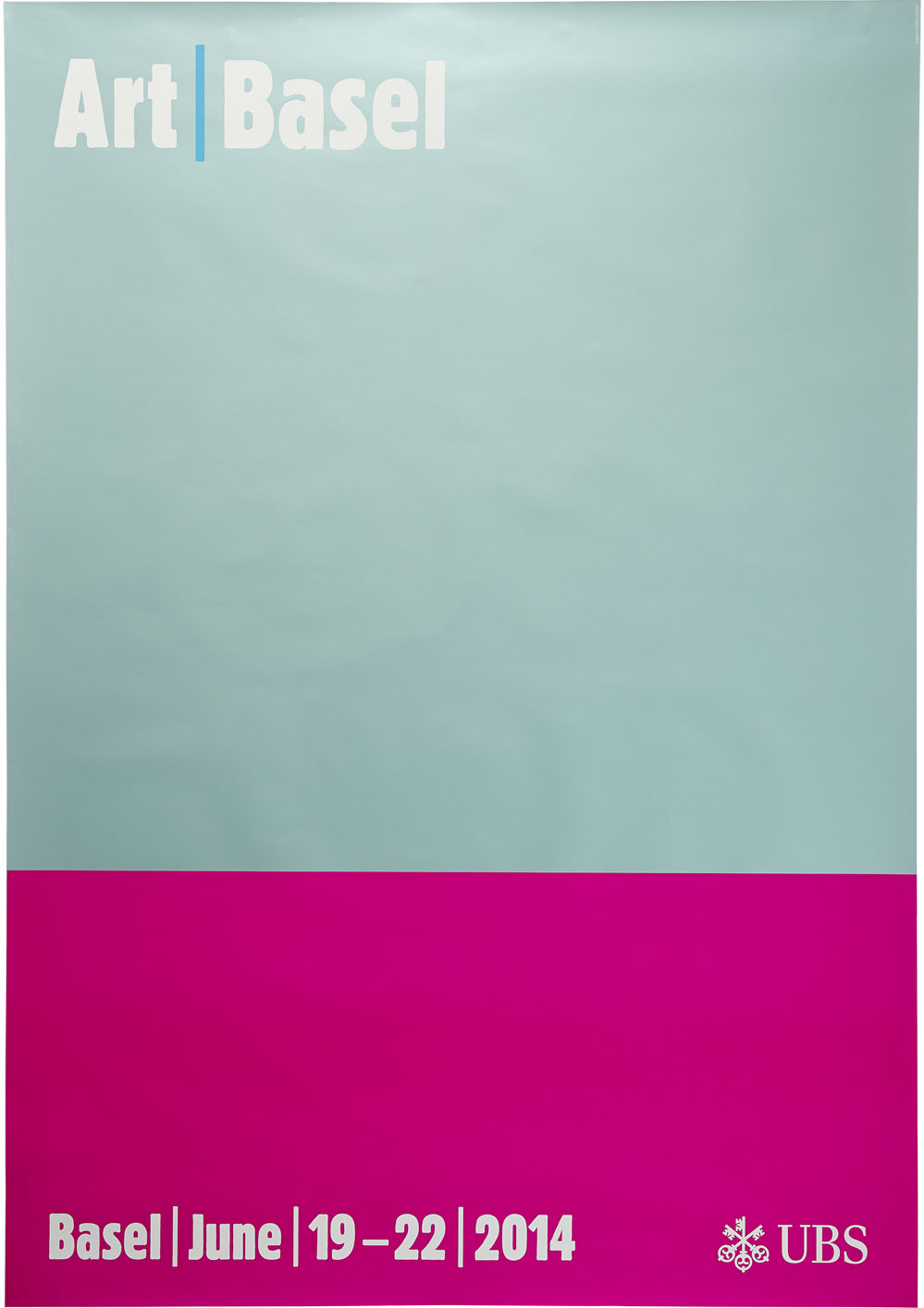