From briefing to the final poster. How do you proceed?
It always depends on the project and on the the client. We normally use the Munari Process, from questioning the basic problems, going through researches, experimentation and prototyping. Sometime we have wired ideas and then the process gets more sophisticated, especially with the experimental and research parts.

Is there a recurrent approach, that runs through your poster design?
Yes we are interested in two fields: typography and printing processes. As we have the opportunity we try to push further the techniques as much as we can. One example is the development of our technique WROP™, Water Random Offset Printing, in which we interfere with water drops straight into the printing machine, generating random and unique visuals in an analog manner.

Explain briefly the concept of the poster, which you created for this exhibition.
We conceived a homage to both the swiss and japanese culture. We have always admired the « haiku » poems, a really short form of japanese poetry, so we found a poem written by Kobayashi Issa in 1811 telling about the chaos of contemporary society, which swallows also the tiniest creature. As our culture is getting more busy and interconnected we found it has a great message that still resonate in our times. Than we composed this poem with a typeface designed by a famous group of swiss designers based in Bern, Büro Destruct. The « Eject » font was originally designed for an european usage, than it was sent to Tokyo by post using a SyQuest, 44 mega rigid case floppy disc. There Cyclone Graphix did a remix of the font in a japanese version and once exported sent it back to Bern again by post. All of that in 1998 before Internet was part of our daily habits. We think that it’s also a nice story about exchange and relationship between our two countries.

Please send us some images of the designing process of this particular poster. (f.e. different stages and/or reference material)
Our design process, like the original of Büro Destruct and Cyclone Graphix, is based on a mail exchange.
Indeed we sent the haiku to a Japanese friend living in Lausanne, Key Portilla-Kawamura; he sent again it to his mum (in Japan) which has done the translation from kanji to katakana. Then Key sent back to us the translation and we realized two versions of the poster. We used again email to choose with our friends the most suitable version and then, at least, we asked to the one of the main character of this process, Lopetz from Büro Destruct who said: 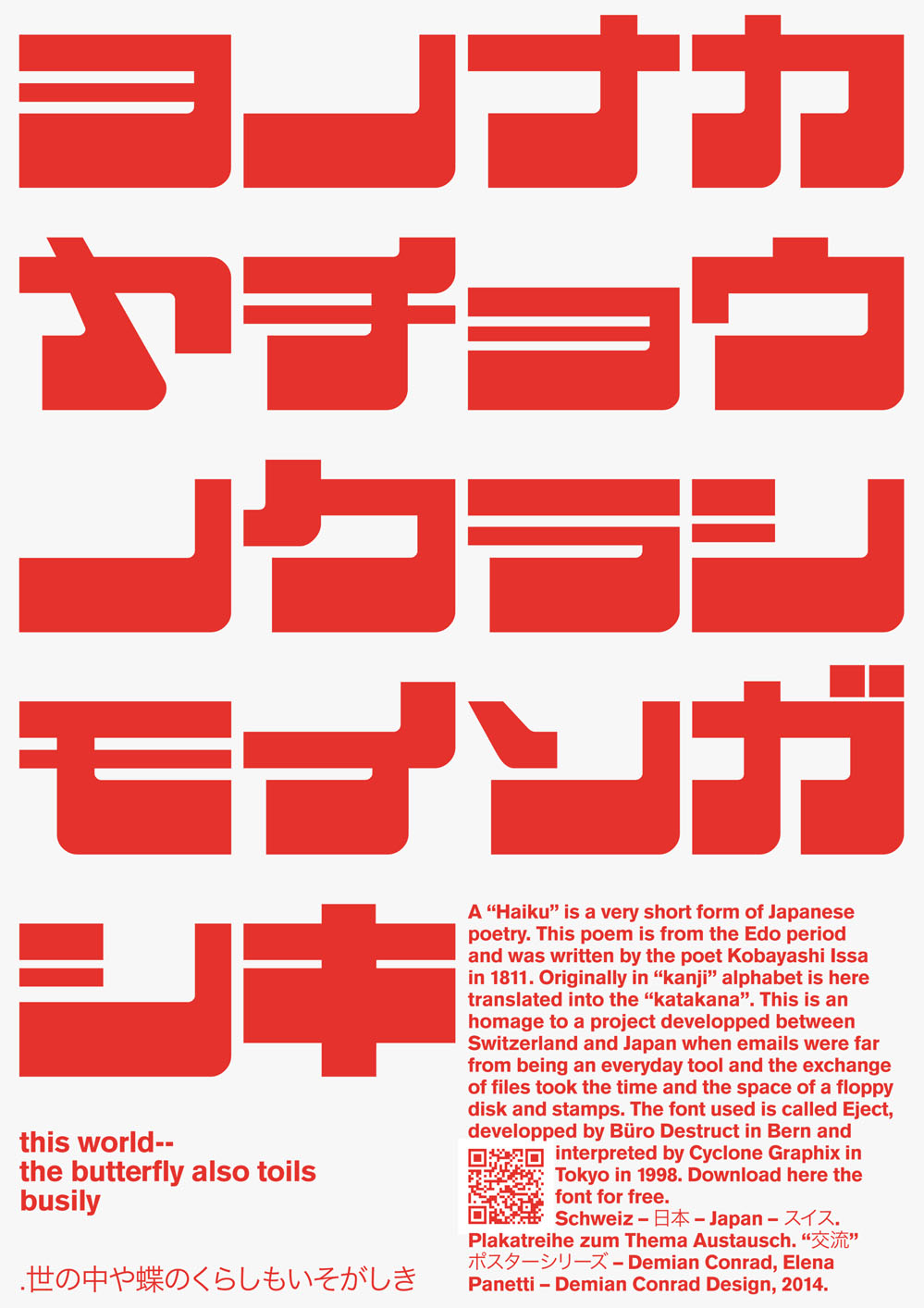 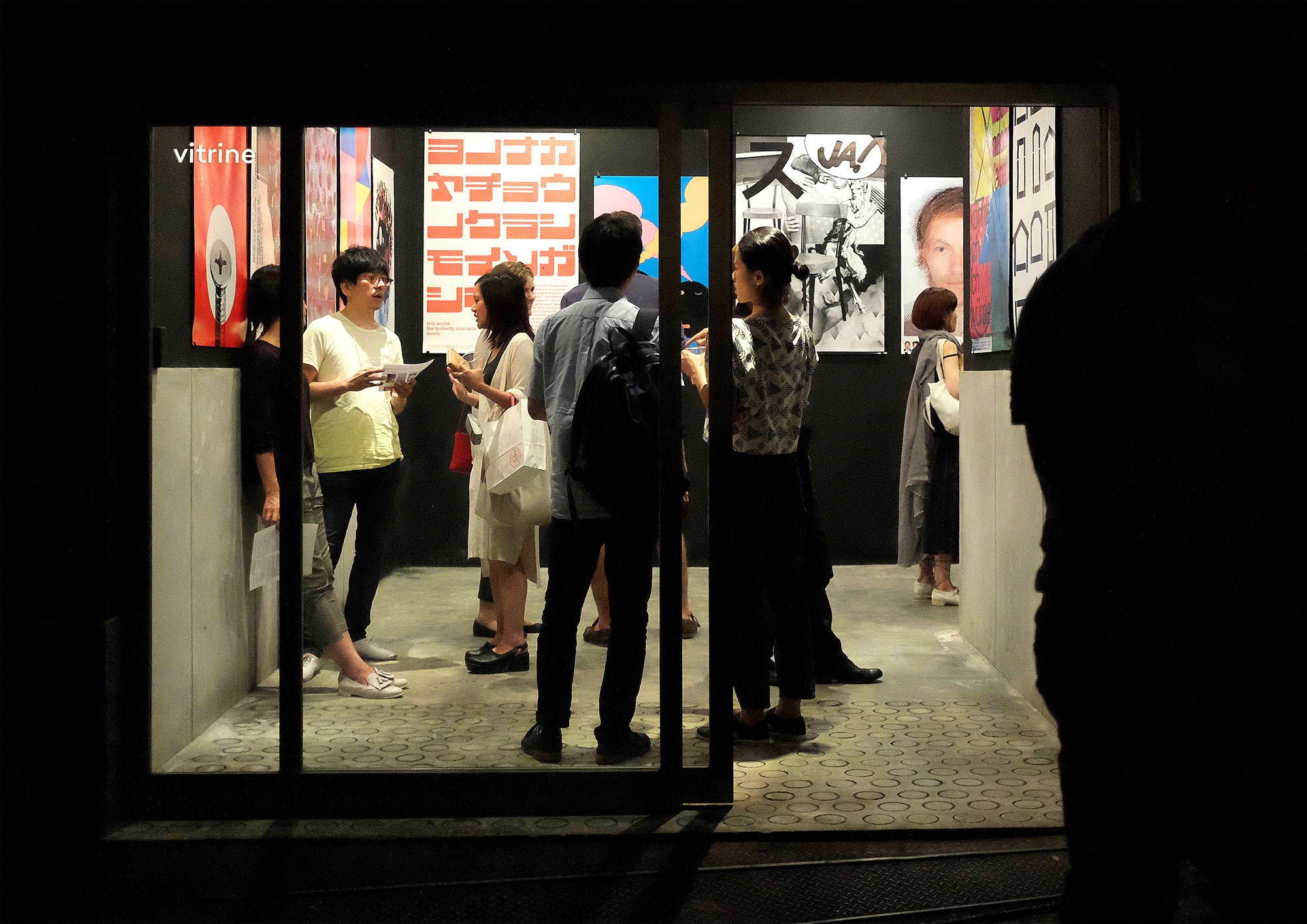