Big poster for the base camp of the basic income campaigners, the Mitte. The fourth language has been quite criticized because not Swiss, but discussing with the campaigners the wish of the idea spreading also outside the country seams honest and generous. During the voting day, we did a celebrative performance, sticking beside the Yes the percentage of Swiss voters who supported the campaign. Still half a million Swiss citizen voted for this new groundbreaking idea, that will probably be a reality in one of two decades. 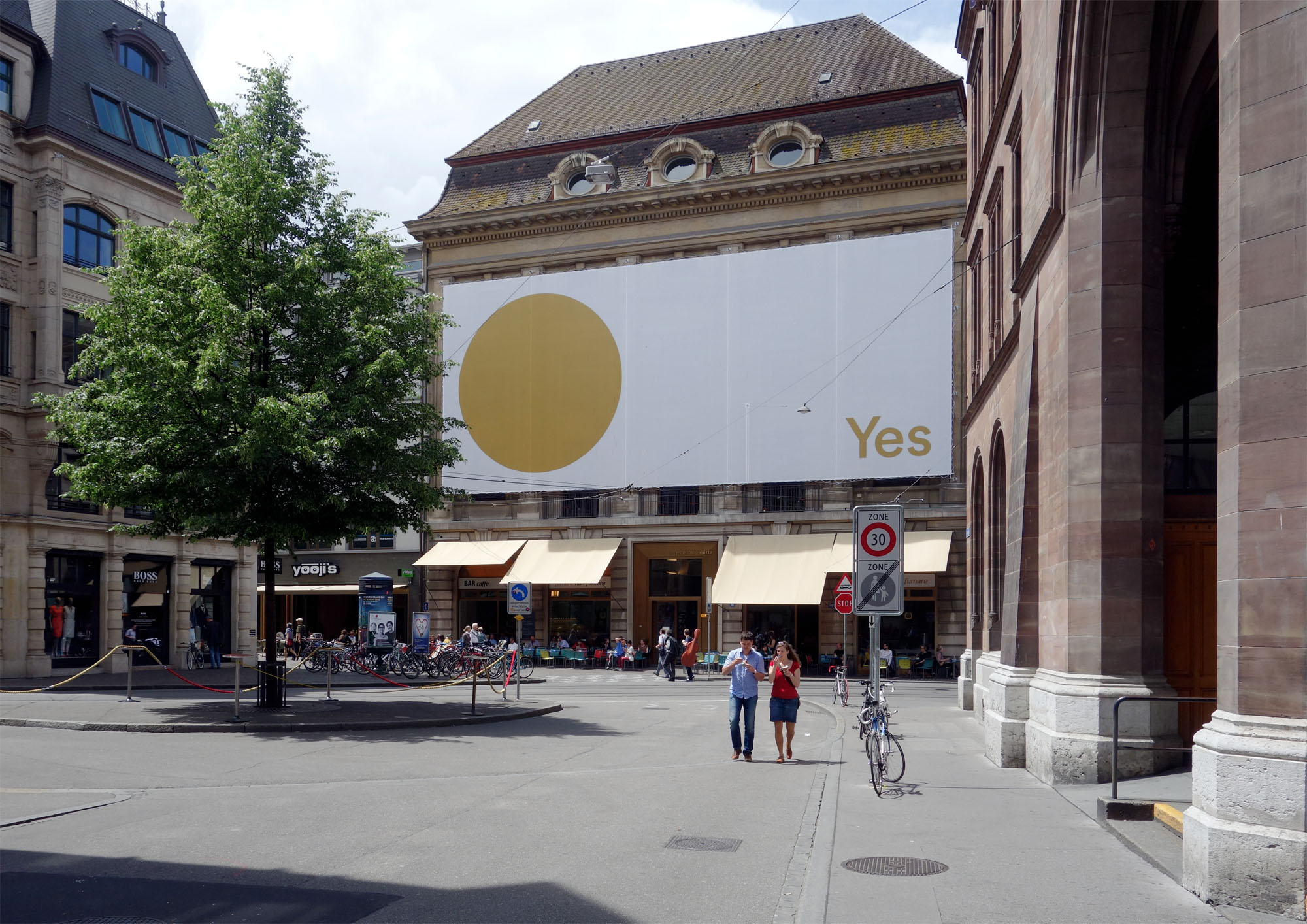 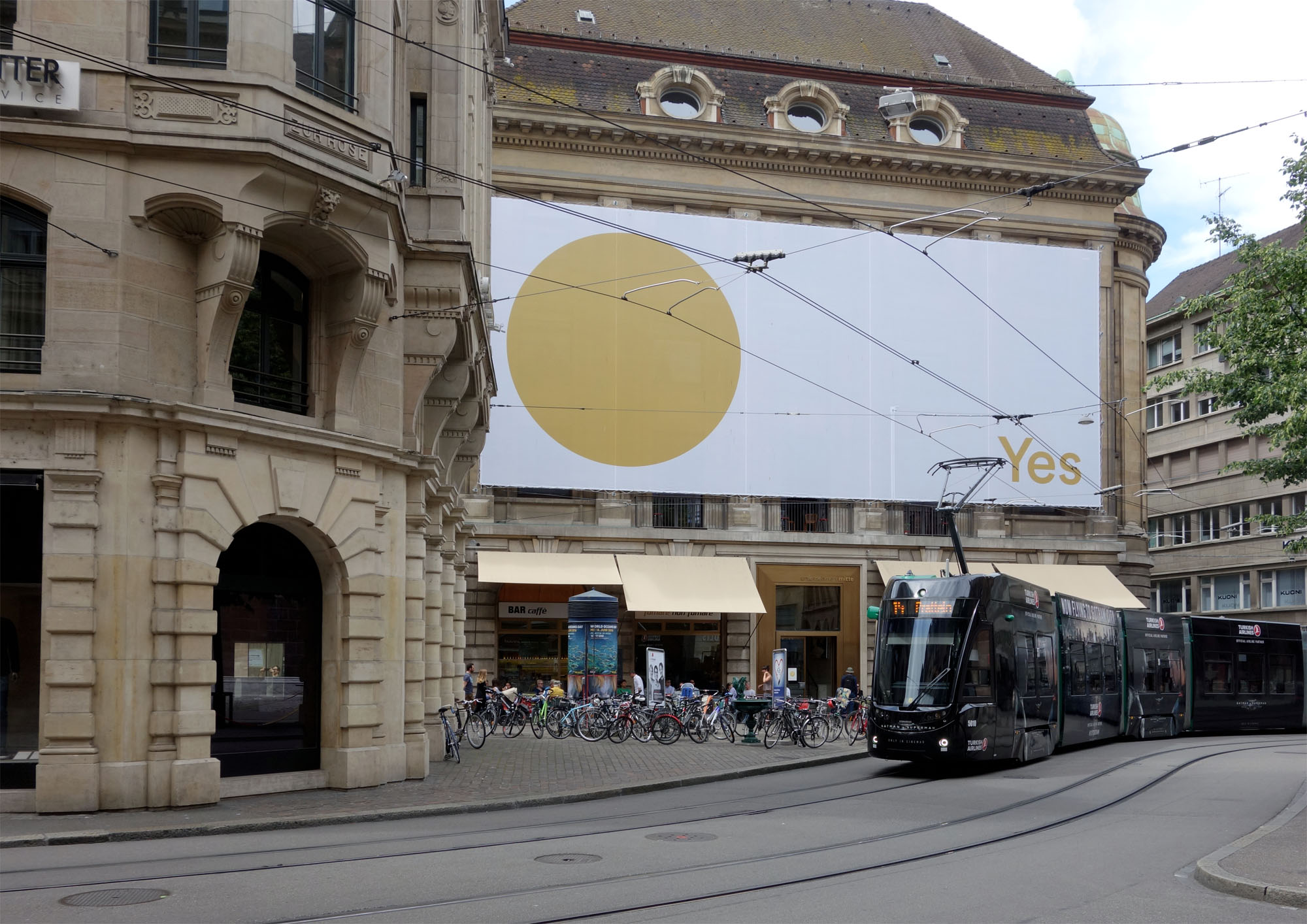 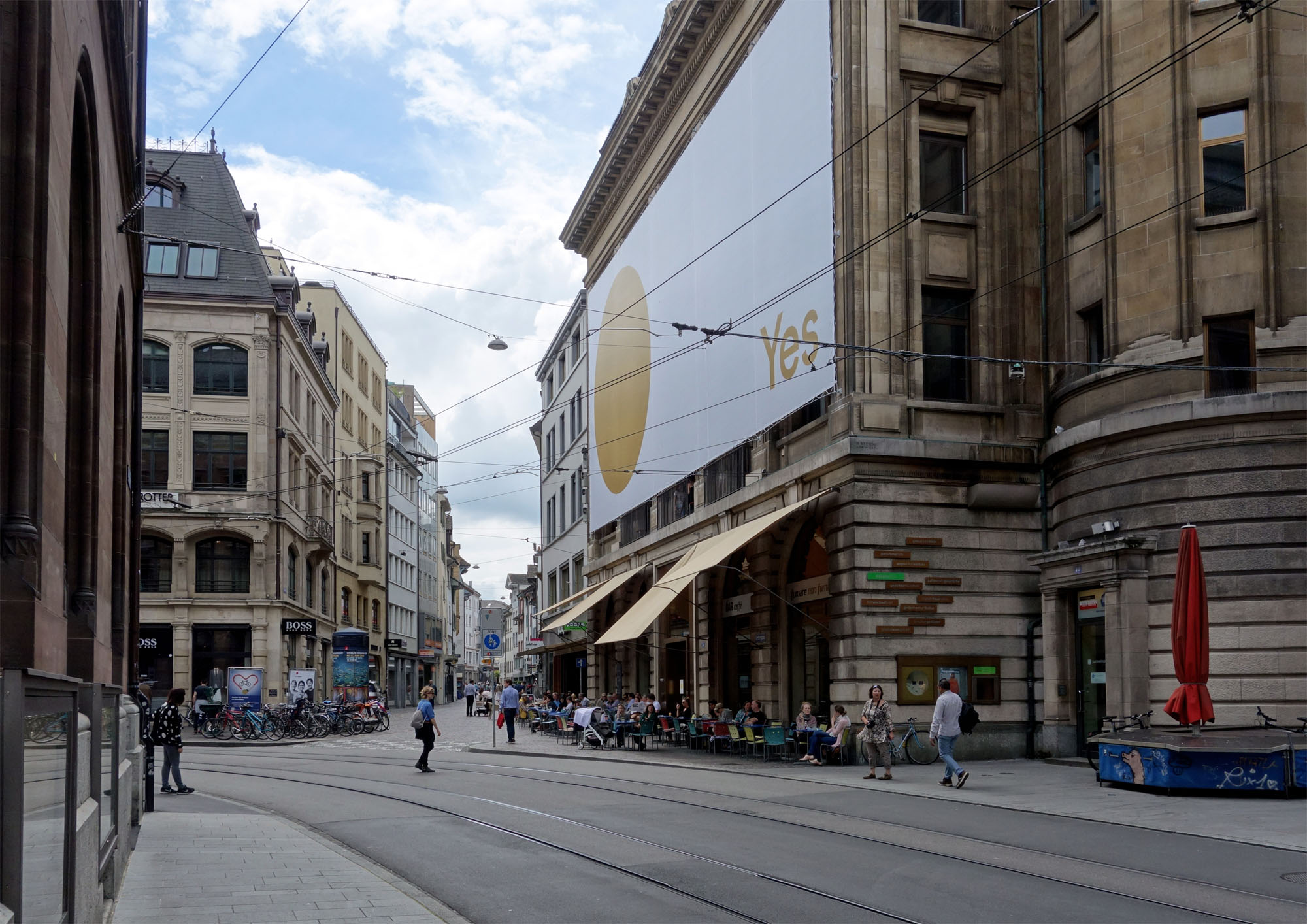 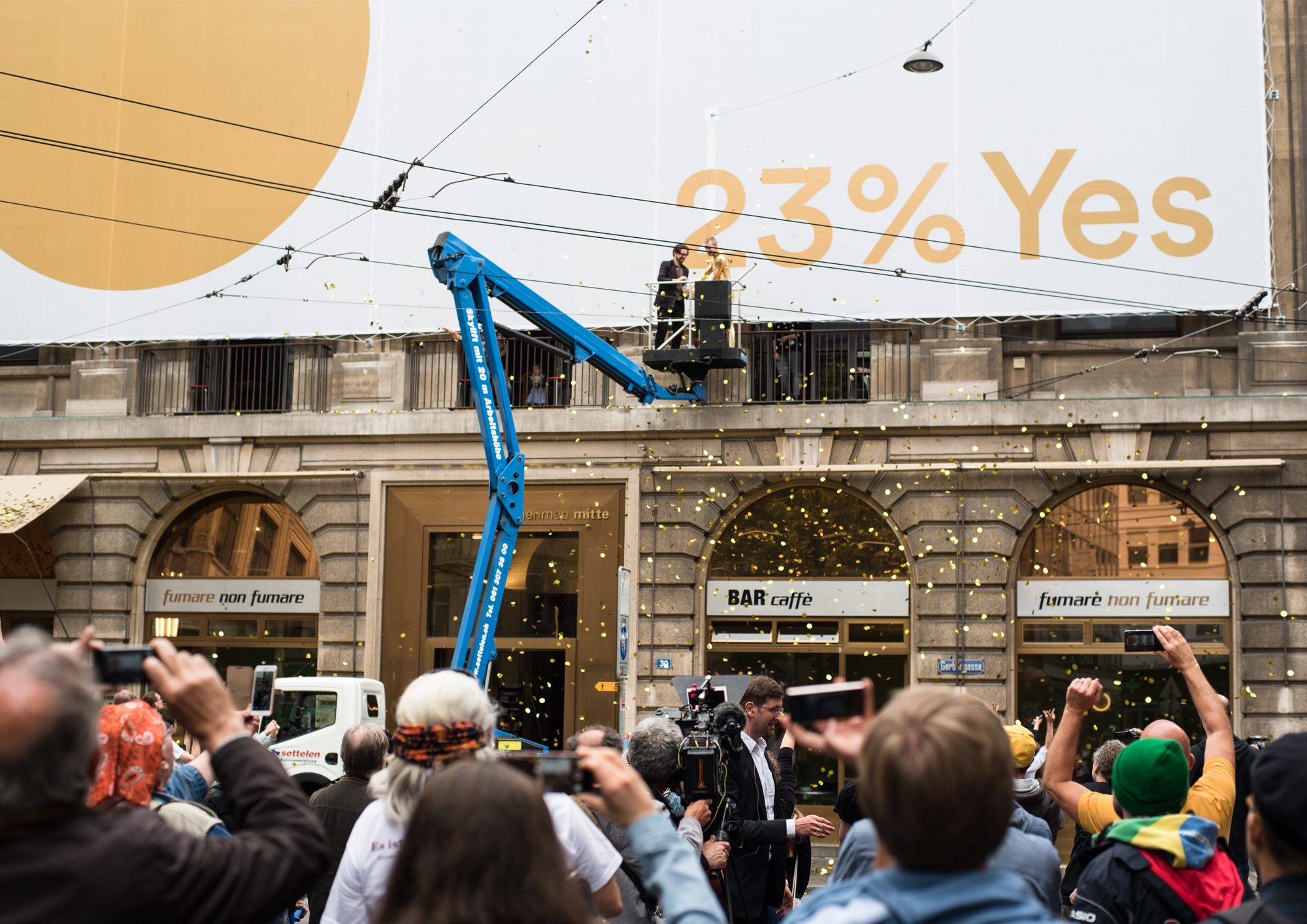 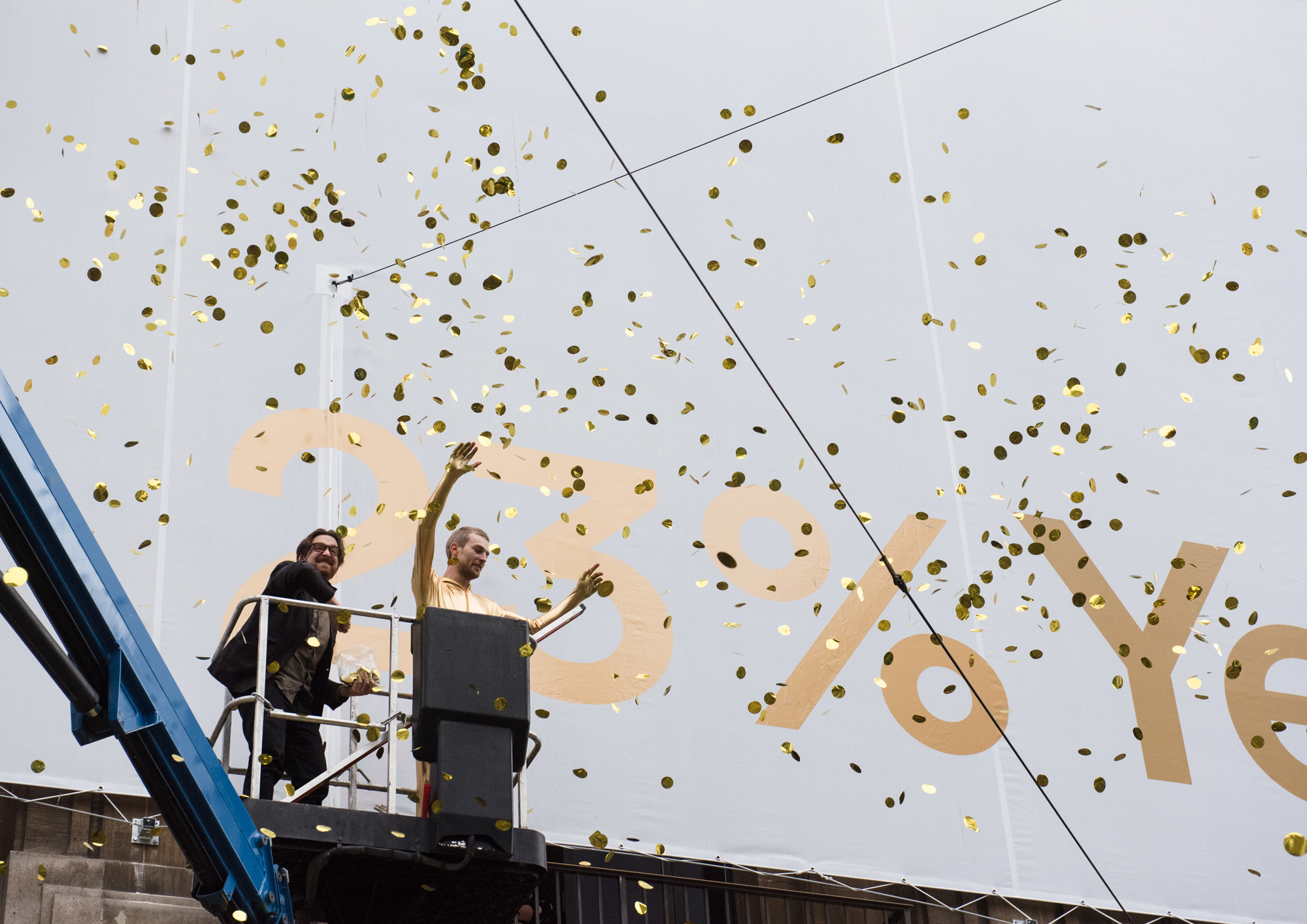