It is called Lausanne Underground Film & Music Festival, but people prefer to use the acronym LUFF. Currently—as I write this, it is on, in its 11th year—the festival is known for the panoply of music creation and cinematography “left in the shadow of the mainstream culture,” says the festival branding and poster designer Demian Conrad.

This year’s LUFF campaign is psychedelic revival. And it will blow your mind. “We built the concept around raster technology,” Conrad explains, “used to reproduce photography in offset printing. By enlarging it repeatedly, the design became an abstract element. The typography followed the traditional Swiss style used by the pharmaceutical industry for branding their products. We then selected two major visual effects caused by the use of Lysergic acid diethylamide (LSD): color alteration and geometrical deformation.”
For all those who never used LSD, the closer you get to the visual, the more it vibrates and becomes active, overstimulating your receptors. Just like the good old sixties.

“The two rasters are not able to fuse together, so they react badly and start to reject one another,” Conrad adds. “When it came to choosing colors, we wanted to create a contrast between a hi-tech fluo-chemical ink and a vintage, twenties turquoise—a great change from the predominantly black-and-white designs that our studio has become known for.”
Conrad issues a warning: “We created the idea based on research done in lectures and documentaries. We do not condone drug use for the purpose of work.” Actually, the images speak for themselves . . .  or rather emote odd sensations. 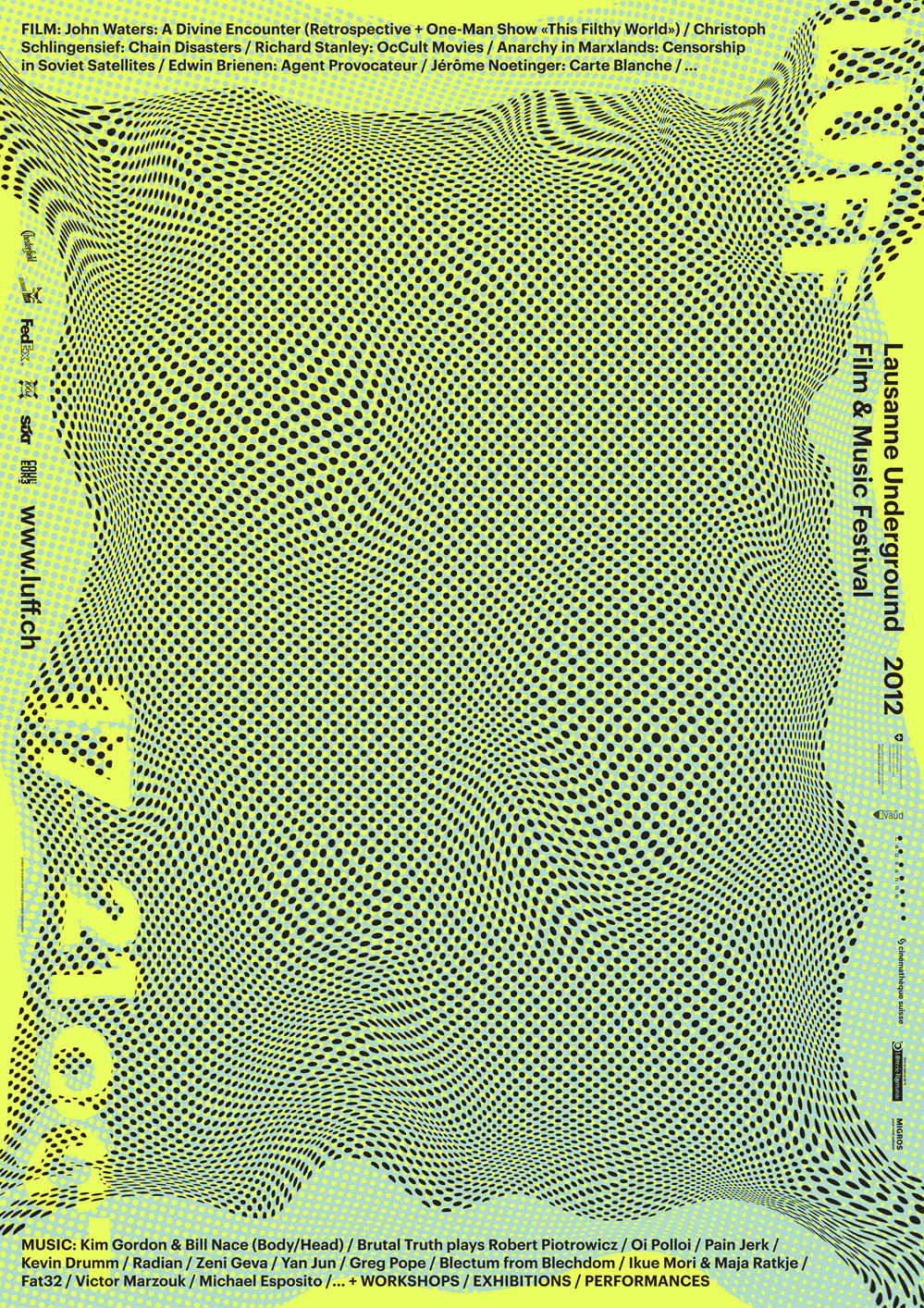 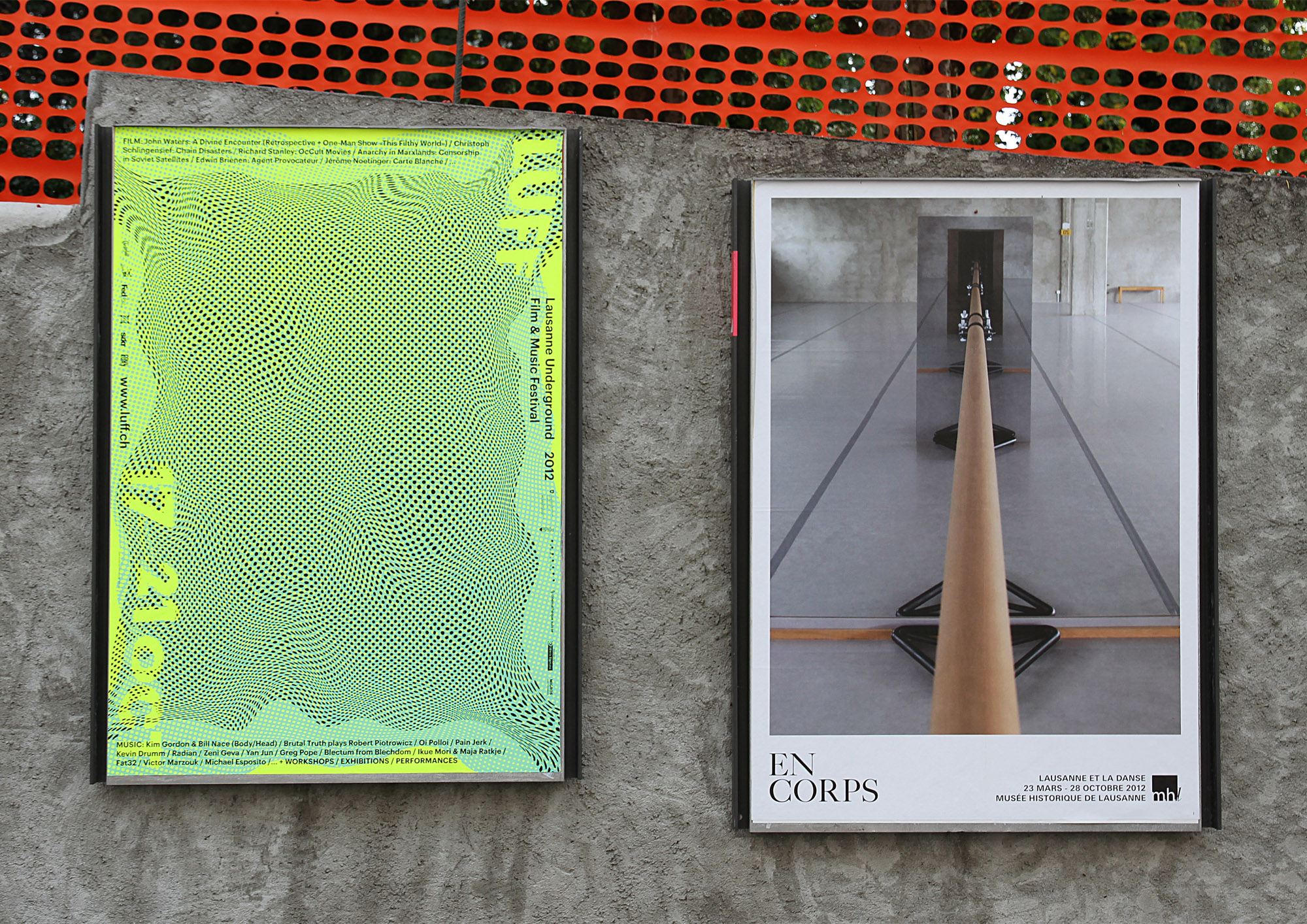 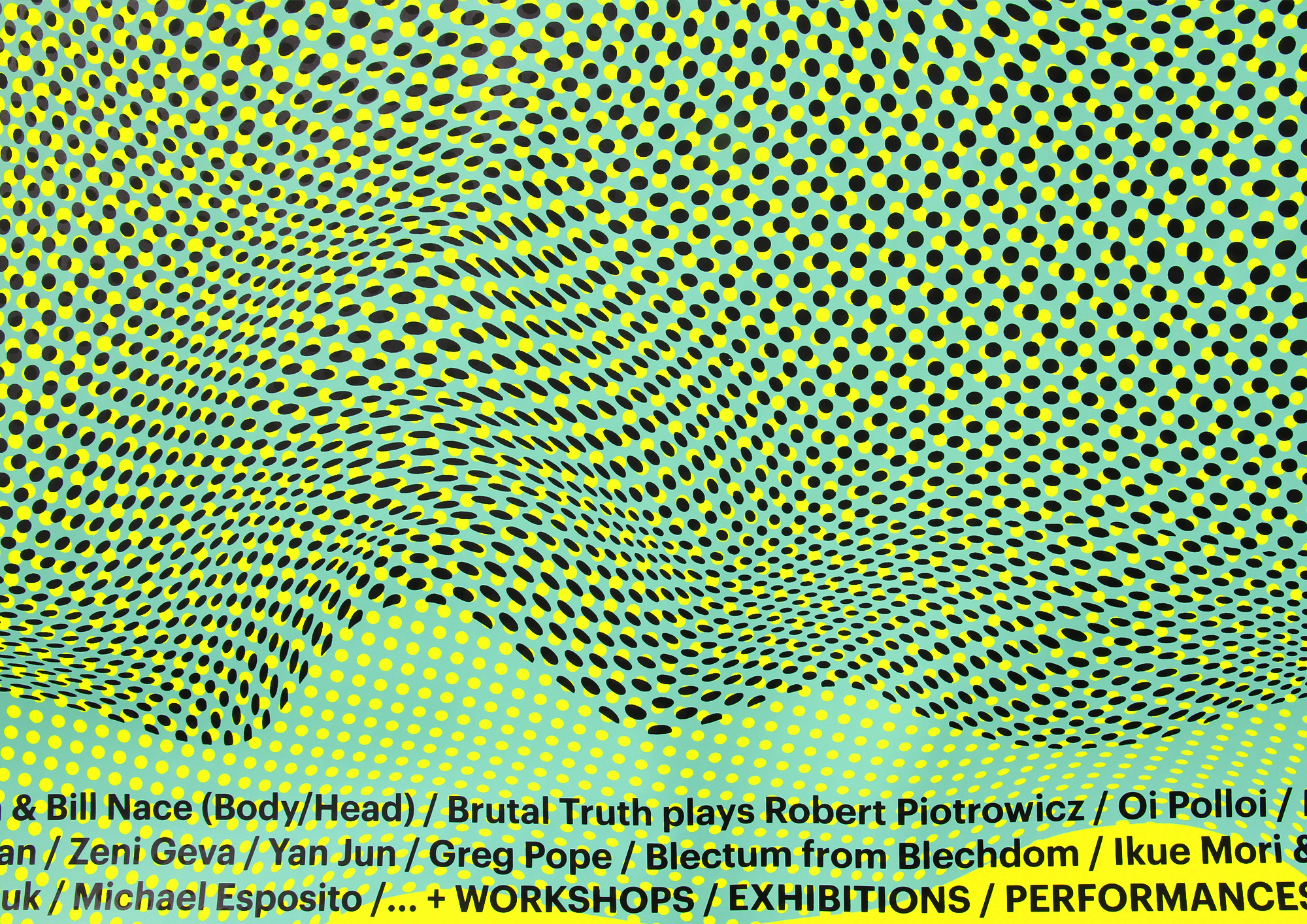 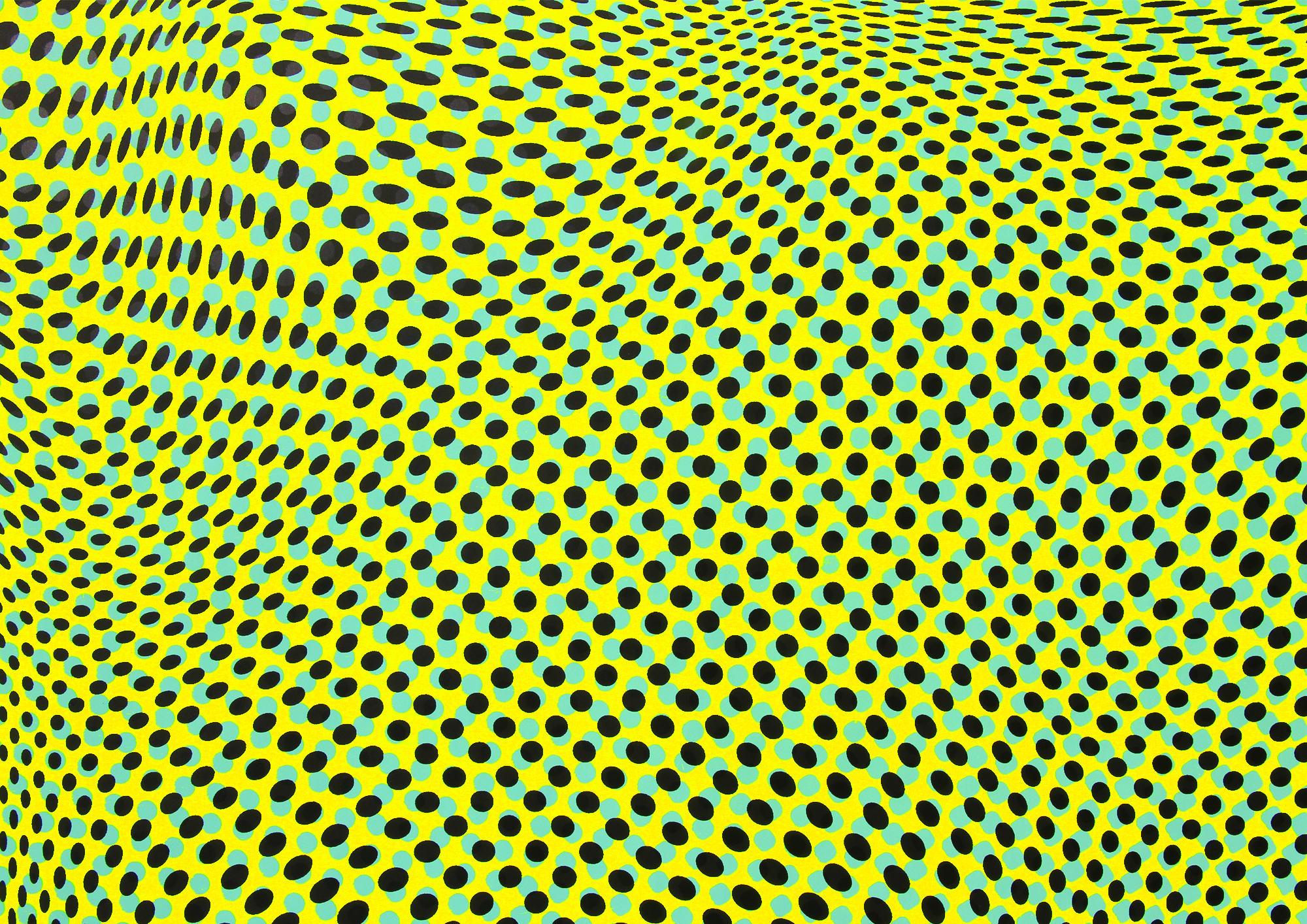 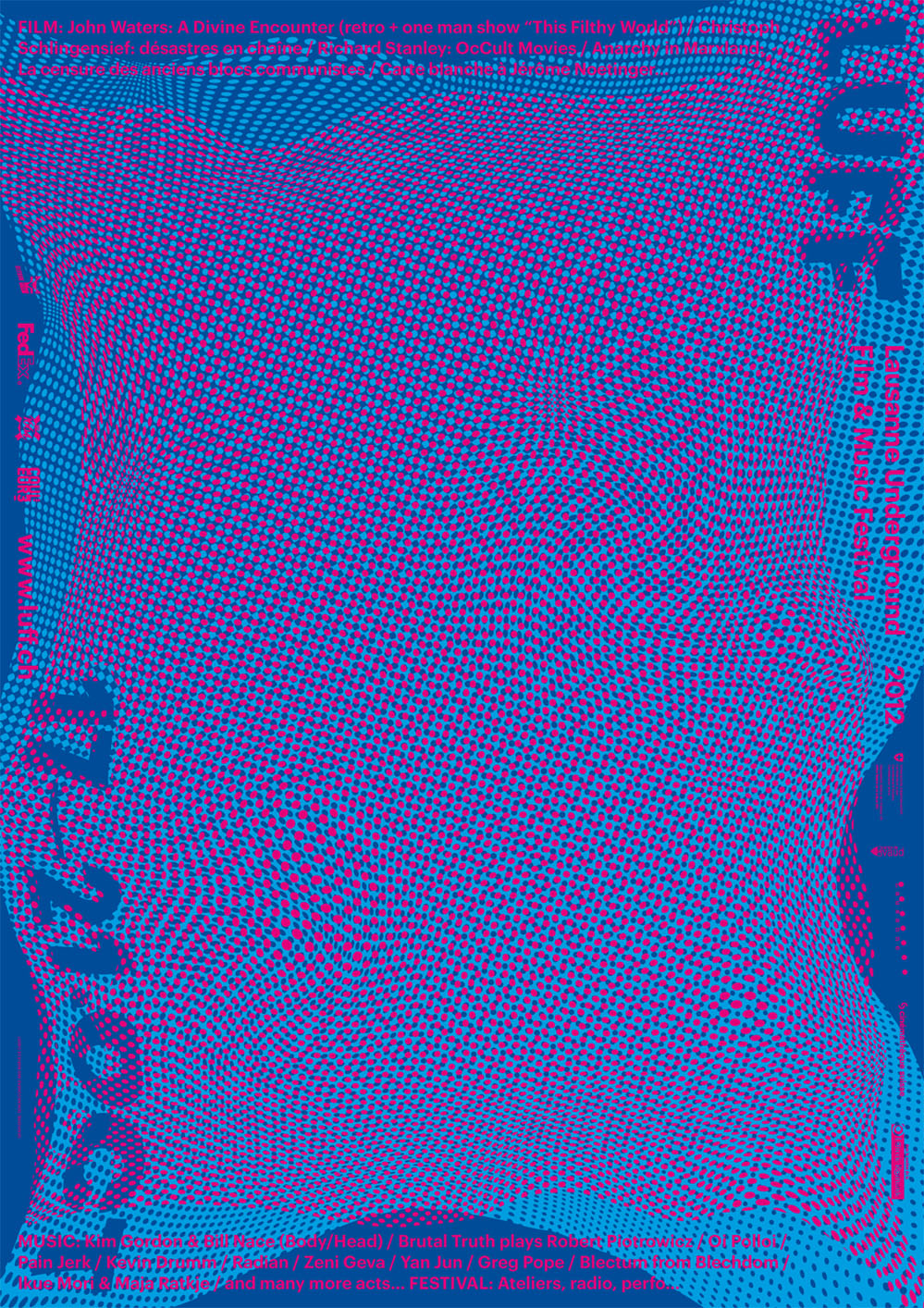